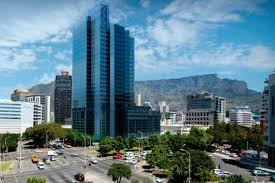 The term ‘smart city’ is becoming more prevalent in real estate and investment circles. Cities either claim to be or aspiring to be smart. Although there is no set definition for what this entails, cities that come close to achieving this ideal usually exhibits a strong degree of technological integration, environmentally friendly policies and solutions and an intelligent approach to town planning and the delivery of transport infrastructure.

“For these reasons, so-called smart cities around the world represent a compelling investment opportunity … They are the places where people want to live, work and play, and the well-thought-out approach to their expansion means that they will continue to flourish as they grow” says George Radford, Director of Africa at IP Global.

Both Johannesburg and Cape Town are aspiring to become smart cities with the focus on the delivery of forward-thinking transport routes which are definitely delivering investment opportunities in new areas. The spike in development around Rosebank’s Gautrain station in Johannesburg and the additional station planned for Waterfall Estate, are examples of how this kind of infrastructure can make all of the difference to the future of an area.

The multiple transport routes in Woodstock, Cape Town, including a MyCiti bus route, a railway station and cycle lanes, have also contributed to the suburb’s thriving development, including various mixed-use structures, allowing residents to live, work and play – all on their doorstep.

Looking ahead, the roll-out of 5G infrastructure, which supports futuristic applications like augmented reality and driver-less cars, will be rolled out commercially as early as 2019 in South Africa. On the back of this advanced network, smart solutions will really begin to flourish locally.

The integration of digital solutions with local services is a significant contributor to cities being smart. For instance, according to a report by The Economist called“Empowering Cities”, Singapore’s system of privately operated buses uses the Beeline app, a technology that allows residents to book seats on buses run by private operators in areas that are not served by public transportation.

The app not only helps citizens to get around and allows them to suggest future bus routes, but it also allows the Government Digital Services team at Singapore’s Infocomm Development Authority to predict demand to improve bus schedules and routes.

Another city highlighted, Barcelona, uses Urban Lab Dynamic Traffic Forecasting to combine video and analytics to provide real-time data on parking availability. This information is transmitted through the city’s Wi-Fi infrastructure, providing information to end users and the local authorities.

The Economist’s report also stated that city citizens say digital technology has transformed their lives in many ways, including telecoms (36%), transportation (31%), crime prevention (21%) and social services such as healthcare and education (21%).

Some smart cities are built from the ground up, rather than being retrofitted for the purpose. “As we are seeing more and more people moving into cities, existing infrastructures are struggling to cope with this influx,” says Radford. “What some governments are doing is focusing on infrastructure growth in new areas, and giving people a reason to settle in these zones.”

In China this year, the Central Government announced that it would be establishing a new administrative region called Xiongan New Area near Beijing. The area would be a modern, green and smart city, which would alleviate some of the strain on the services in the capital. The government has displayed its commitment to the development of the new area by relocating some of its functions and people out of Beijing, and supporting the development of green and high-tech industries there.

Radford points out that this type of focus means that Xiongan New Area will be launched with an existing consumer market and economy, which means that other people, services and businesses will follow. “This is ‘smart’ in its simplest form – laying the groundwork now for the solution to problems in the future.”

‘Green’ solutions also form a significant part of the definition of smart. “Around the world, city authorities are encouraging citizens to install sustainable power solutions, lessening their reliance on the local grid, and in some cases, even selling power back to the municipality. In many cases, smart cities don’t just provide the services that their citizens want, they provide incentive for their citizens to solve problems for themselves, and possibly even use their solutions to in turn support government,” says Radford.

These types of cities are showing the way to the future. Radford believes that they represent excellent investment potential because they will enjoy sustainable growth in the decades to come, while still ensuring that their citizens’ quality of life is maintained, and economic participation is assured.

Whether local or international, as new infrastructure enables the development of cities of the future, investors should look out for the opportunities they present. “The smart future of South Africa is looking up,” says Radford. “Whether you are investing in property around smart nodes here, or looking to smart cities on the international landscape, you can’t go wrong investing in these forward-thinking locations.”

The world’s smartest cities according to the IESE Cities in Motion Index 2017 are:

Members of / Associated with

You need to log in to use member only features.